I played a gig on saturday with the live dance band The Egg.  Well, it was more of a scrambled Egg as Maff Scott, the awesome drummer and twin brother of frontman/synth guy Ned was on holiday in Turkey plus bass maestro, the unbelievably funky Paul Marshall was similarly unavailable hence my inclusion along with stand in drummer Tony.

The Egg are genuine legends of the underground music scene not just here in the UK but due to numerous global jaunts, worldwide too.  The band formed in Oxford in the 1990’s and were one of the first bands I’d ever seen play electronic techno but as a typical four piece bass/drums/guitar/keys affair.  I remember thinking when rave music was taking over in the early 90’s that bands would have to learn to play this thumping dance style in order to compete with the rash of DJs popping up everywhere.  The Egg not only mastered this but also  developed their own highly funky take on the genre that proved irresistible with the countless audiences they performed to.  The Egg had a hit record in 2006 with the David Guetta mashup Love Don’t Let Me Go (Walking Away) which reached number 3 in the UK and charted all across Europe.

I was fortunate enough to first play with The Egg in a backstage jam at the 1998 Glastonbury Festival playing to a packed marquee called The Green Room.  This venue was exclusively for the crew and performers of the circus and cabaret fields and is one of many backstage areas that are real hidden gems of the festival as the parties stretch out way until dawn.  I sang improvised vocals with them at that particular performance which also included sometime Egg member Jerry on guitar.  Jerry was coincidentally the guitarist I played with on Saturday too.

I saw The Egg play the following year at Glastonbury and this was during their number phase where all the band members dressed in pure white other than the humorous individual numbers ablaze on each members top! 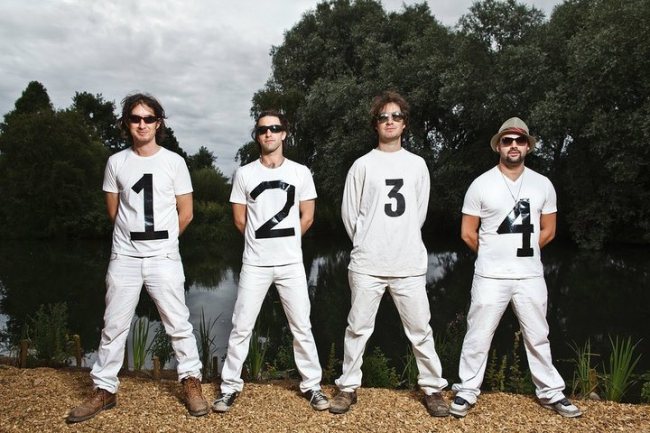 Over the past few years I have performed a few times with the band when Paul has been unavailable and it is a thrill partly because Maff is an amazing drummer and Ned is constantly pulling surprises out of his deep bag of party tricks such as vocoding, stylophone and the most bizarre samples.  One of the coolest aspects of the band is the lack of sequenced clock.  Maff essentially controls the timecode to which Ned’s various arpeggios and loops are synchronised to.  This means that if Maff wants to speed up or slow down, everything else essentially follows him.  This gives an organic and free flowing quality to their live performances which avoids the staticness of being slaved to a computer clock and allows the band to create arrangements on the fly reacting much like a DJ to the audiences moods and whims.

The day I met Nelson Mandela

The sad news today of the great Nelson Mandela’s passing brought back vivid memories of when I had a chance encounter with him back in 1998. 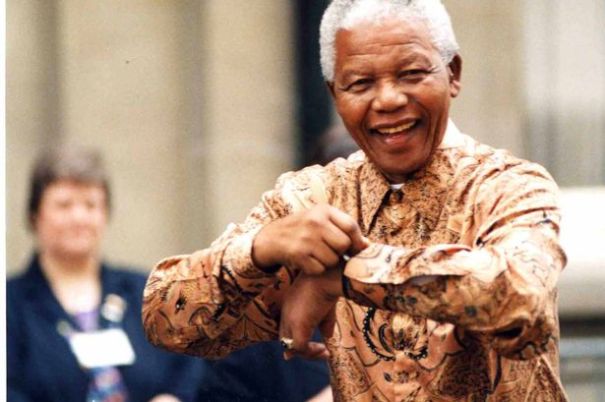 Nelson was a huge figure in my life since the first proper concert that I ever attended was the Mandela 70th birthday tribute concert in Wembley stadium in 1988 when I was a mere 16 years old.  The impact of seeing some of my then favourite bands and comedians making tributes and the various films that were shown interspersed amongst the 12 hours of music had made lasting impression on me and had introduced the awful notion of apartheid to my naive young self.  Nelson seemed to stand for true freedom more than anyone else and the joy I felt at his subsequent release from prison in 1990 after 27 years was immense. It was astonishing to see him then become the president of that very same country that had incarcerated for so long. His speeches around that time were beautiful, full of wisdom and positivity with a remarkable lack of vitriol or anger aimed at his former captors. He gave true definition to the word hero. 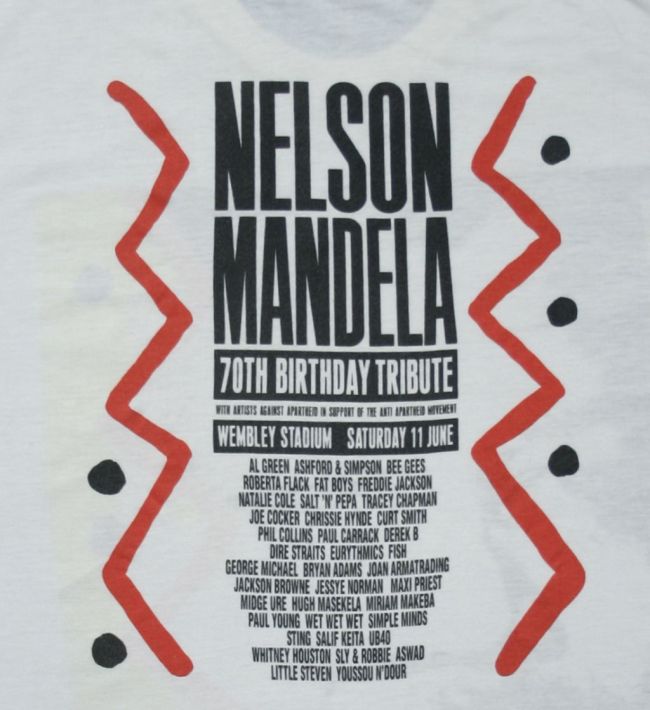 Fast forward 8 years or so and I found myself having to attend a pesky back to work course that benefit claimants (as I was back then) were forced to do to keep receiving payments.  These courses were generally to antagonise long term doleys into getting off their arses and into a mind numbing succession of CV writing and interview techniques for non existent jobs.  I had been at a music festival all weekend but had to attend if I wanted to eat that week.  I blearily wandered in at 9 am and sat through the tedium and blather of the course introduction and disengaged from the waffle spouting out from the advisors who frankly didn’t want to be there either.   Finally at about 3pm, I was a free man, I could leave and hurried down the stairs only to run in to a bunch of other course attendees who were idly chatting near the entrance, everyone bade their farewells and headed off in different directions leaving me with the social dilemma of walking with someone from the course who I’d rather not socialise with or walk in a different direction from my house until safely out of sight then making my return.  Being British of course I had to do the honourable thing and walk in that different direction, this was something that made me chuckle as I realised I was walking completely the wrong way than I needed to go!

How strange the gods of fate operate though, as I wondered down Cardiff’s Queen Street I saw a large gathering by Park Lane.  Being naturally inquisitive, I squeezed through the throng whereby I saw a limousine pulling up outside a hotel.  Someone exclaimed “It’s Nelson Mandela!” which I found hilarious as I saw an elderly African man clearly not Nelson step out of the car but then immediately behind him there he was!  I had no idea he was visiting Cardiff and to make matters even more bizarre he had seemingly singled me out and was walking straight towards me hand out stretched and an enormous smile on his face.  He moved with an elegance I’d never seen before, bolt upright and supremely dignified, there was an aura around him that felt genuinely spiritual.  The next few moments seemed like a fairy tale or wonderful dream as he clasped my hand.  He had beautiful soft hands and as I enthusiastically shook them he steadied me with his other hand as I blurted out “Nelson, so wonderful to meet you!  On behalf of my fellow Welshmen, welcome to Wales!” He laughed so sweetly and jokingly pointed at my face and said “Thank you, thank you, by the way I like your nose ring!” Ha, my controversial nose ring that my family hated just had Madiba’s seal of approval!  I was in shock, the whole episode so surreal, unexpected and infuriatingly without fellow friends to witness until I spotted Cardiff’s baffingly great and odd urban poet/bin drummer Ninjah who had been trying in vain to offer Nelson one of his cucumber sandwiches! 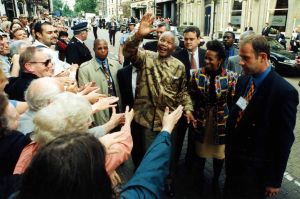 This is very close to the moment although I am not in this shot, grrr.  Ninjah can be seen though on the left near the middle.

Nelson Mandela 1918 – 2013, you wonderful humanitarian, inspiration to so many, rest in your well earned peace.