Jörg Schaaf and the Bristol Jam 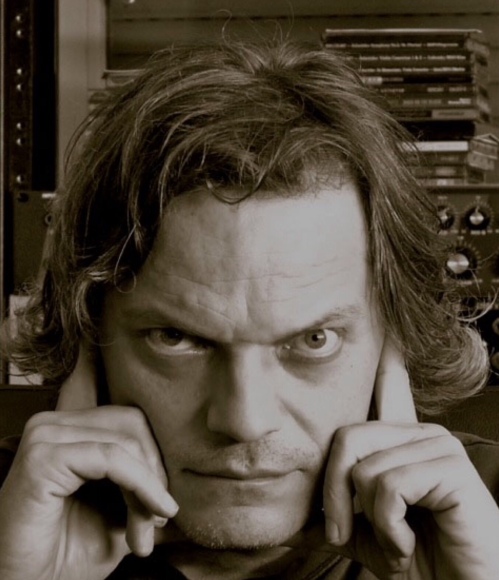 Over this past year I have got to know and become friends with a certain German chap called Jörg Schaaf. He is one of Germany’s great synthesiser designers having been integral in the creation of many of Quasimidi’s highly regarded 90’s instruments but following that companies demise in the year 2000 he started the successful Radikal Technologies who have released many innovative musical devices since. The most recent product is the upcoming Delta CEP A synthesiser that he brought over to show Nick Batt over at Sonicstate in October just after he exhibited at the third annual Synthfest in Sheffield:

Having met Jörg at Superbooth in Berlin back in May it was great to see him again at Synthfest but knowing he was going to be filming with Nick on the Tuesday, I had arranged for a jam session in Bristol to be sandwiched between. As well as being a talented instrument designer, Jörg is also an accomplished musician in his own right having made several albums with the synth legend Klaus Schulze back in the 1990s.

I called a bunch of friends up who were more than happy to come to the jam and the date was set! Attending were drummer James Phillips and guitarist Andy Taylor (both members of my space rock band Asteroid Deluxe), highly accomplished jazz musician Kevin Figes brought along soprano sax and flute, synth player Robbie Bronnimann who plays with Howard Jones (and Sonicstate Sonictalk contributor), experimental percussionist and Samba band leader Simon Presto plus my old buddy and Steve Winwood accomplice Jason Jervis who brought along his MFB synth which he recently made a video about. I named this temporary band Micrometeor.

The resulting freeform jam was great fun with all the musicians keenly listening and reacting spontaneously to each other. I managed to get a decent recording of the jam and at some point plan to put it up online but we also managed to get a bit of video too which I have cobbled together to give a flavour of what happened. The video is not particularly high quality and was patched together from various phones and go pros with limited light but it serves as a nice reminder of this most fun get together. Look out for some blatant continuity errors too! Here is the video which features an extract of the jam that I named Monsignor:

Since we performed a live restore to The Endless Summer, the classic surf film (see this link) we have performed it a few more times, at the Sensoria festival in Sheffield back in September and more recently in the legendary underground cinema venue here in Bristol, The Cube.  For this most recent performance we managed to get Sonicstate’s lovely Andy McCreeth along to film it and we also managed to get a decent multitrack recording of the audio too.  We also managed to perform live on the weekly Sonicstate podcast, Sonic Talk.

We perform about 2 minutes in.

Over the next few months, we will be editing and uploading highlights from this Cube cinema performance as we have a few more Endless Summer gigs coming up.

With a heavy heart I learnt about the passing of my friend, the legendary sound designer Stephen Howell this morning.  I first learnt about Steve’s existence through his sterling contributions to Alesis’s ill fated Fusion synthesiser that he virtually transformed with his exacting and inspiring sound sets and sample libraries. I was surprised to then discover that he was a fellow Welsh man and had formerly lived next door to my good friend and long term collaborator Tim Lewis aka Thighpaulsandra in Cardiff way back when.

Steve’s legacy stretched way beyond software and into hardware with his long term involvement with Akai Professional and their esteemed sampler line.  He worked on the interface design for numerous models throughout the 1990’s and was even involved with the stupendous DPS24. Steve also had a hand in inventing pedal based looping with his idea to utilise available memory in Akai’s groundbreaking Headrush delay pedal.  Steve wrote an interesting (and sad) blog entry about the death of his friend and collaborator Jack Sugino of Akai in which he explains much about his involvement.

His Kontakt based sample libraries released under his Hollow Sun moniker were an astonishing collection of innovative and unusual instruments that we used extensively in the rock opera Pop’pea. You can read about that crazy show here.

I had communicated with Steve numerous times over the internet before our first physical meeting at a gig by my band Rocketgoldstar at the tail end of 2012 in Cardiff.  Steve wrote about that encounter on his blog here.  From that point on, we regular communicated and we spent a fabulous and silly evening back in January this year that Steve blogged about here.

I’m so sad to learn of Steve’s untimely passing and I extend my heartfelt sympathies and love to his friends and family especially his wonderfully talented 17 year old daughter Alice.  I would also like to thank Rob Puricelli (aka Failed Muso) for letting me know about Steve’s sudden illness and for keeping me informed.  Rob has also opened a book of condolences on his site here.